COOL THE FOOD NOT THE AIR 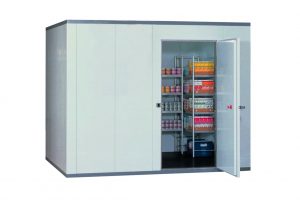 Food simulator is shaping up as a green solution in the food and beverage industry. It has been tested many times by independent organizations and has been proven to reduce energy consumption by 20% and the number of compressor startups by up to 70%.

Reducing energy consumption and consequently CO2 emissions by using energy efficiently is considered as the most important issue in our country and in the world. Green and environmentally friendly products will increasingly form the future of business.

It is easily mounted on the thermostat sensor. It acts like chilled food, allowing the refrigeration system to receive data from the chilled food, not from the ambient air.
In other words, the cooling information is taken from the food simulator, which changes less often than the ambient air temperature changes frequently.
In systems working with the Food Simulator, the average temperature of the cooled food falls below normal operating conditions. While the energy consumed remains the same, the decrease in food temperature allows the system efficiency to increase by up to 20%.

The thermostat monitors the air temperature in the cold environment and decides when the compressor will start and stop. The food simulator, which consists of a two-layer structure, is designed to simulate the temperature 10mm below the food surface. It does not allow the food to go above or below certain degrees by heating and cooling before the food at the turning points.

As long as the food temperature remains constant, refrigeration cycles will occur with less frequency and duration.

It is used in Food Simulators, Supermarkets, Cold Storages, Beverage Manufacturers and Hotels.